Saint Hilarion Prophecy: A Comet, War, England and a King

Saint Hilarion Prophecy:
A Comet, War, England and a King 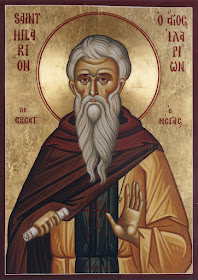 "After the World War they will make peace but not a lasting peace. They will immediately begin again preparing to strike at one another...


"Before the Christian Churches are renovated and united, God will send the Eagle, who will travel to Rome and bring much happiness and good. The Holy Man will bring peace between the clergy and the Eagle and his reign will last four years. Then after his death God will send three men who are rich in wisdom and virtue. These men will administer the laws of the Holy Man and spread Christianity everywhere. Then there will be one Flock, one Faith, one Law, one Life, and one Baptism throughout the World.


"The people of the Peninsula of Europe will suffer by unnecessary wars until the Holy Man comes. The people of Pannonia [Austria-Hungary] will be the cause of a great war, overcome a neighbor, and become an independent nation. Then will a Scourge of God come and chastise them, a Lion, which will reign a long time over the nation. The Lion will come from a high mountain in the Enlightened Nation between the Rhine and the North Sea, with a great army meet them by the mouth of the Rhine River and in a fierce battle almost entirely annihilate them.


"From the Northeast, where the People live in crude Houses, they will move out in a swarm and cut their way to the midday Sea [Mediterranean] and swarm over to many kingdoms. There where upwards the Rivers wander [Africa], there with six Armies in the Black Sea will surrender; as soon as they have defeated the Stream from Rome, themselves will turn in the midday Sea...
"Not far from the Outflow of one Plain, the great Eagle with a Leader will again come from the Rock Island. A final battle will be delivered. The wild horde will be defeated and made to pay, when they come, but will not win the Waste nor return to their Homeland...

"One day, before the Comet shines, a lot of People (that inspired present company excepted) from Need and Misery will be wanting a Home. The great Empire in the Sea, who are a different Folk stock and origin, will be devastated by Earthquake, Storm and Flood. This Empire will suffer much Misfortune from the Sea. It will be divided into two islands and part of it will sink. The distant possession in the East will be lost through a Tiger and a Lion."
Background

This remarkable prophecy, nearly 1700 years old, apparently foretells the fate of England; it will be wracked and split by earthquakes and incursions of the ocean, and it will be invaded. This foresight has been reiterated by several other prophets since then.

St. Hilarion of Czenstochau was born at Tabatha, Palestine about 291 AD. He died on Cyprus circa 371. As a boy he was sent to study in the schools of Alexandria in Egypt. He became a Christian after studying with St. Anthony, the great "Father of Anchorites", and adopted the ascetic life of a hermit. He began to exorcise demons and performed miraculous cures, thus attracting over 300 disciples. He also was gifted with prophecy. According to St. Hilarion, World War III will be preceded by the appearance of a great comet. This is his vision of our near future


TradCatKnight Exclusive:
"The Endtimes According to St. Nilus"

Please share blogs and help spread information Crusaders!
TradCatKnight is the most viewed & followed traditional catholic page worldwide.
This is the HOME of the New Crusade keeping you up to date on the latest Endtime News stories worldwide as we head closer to the GREAT CHASTISEMENTS foretold by the Blessed Virgin Mary at Fatima.