"Chemtrail Influenza" Sweeping America?
By: N. Morgan
The chemtrails come almost daily where I reside and I have noticed some of these symptoms periodically, how about you? 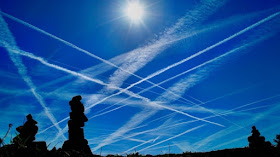 “The mainstream media is reporting that hospital emergency rooms are jammed with patients suffering from a bizarre upper respiratory infection that doesn’t quite seem like a virus”.

(N.Morgan) The Geoengineering program has been in full swing here in the United States since 2006.
Many citizens complain of a strange, flu like illnesses after being exposed to Chemtrail spraying.
Sneezing, itchy eyes, respiratory ailments.
These strange symptoms boggle the minds of the mainstream medical community, who ignores the true cause of these reported illnesses.
I myself experience these symptoms any time I am heavily exposed to Chemtrails spraying.
It is also widely believed that these symptoms could lead to bigger health issues in the future.


The mainstream media is reporting that hospital emergency rooms are jammed with patients suffering from a bizarre upper respiratory infection that doesn’t quite seem like a virus.
They are reporting that it’s a “mystery” flu and that the flu vaccines are ineffective against it.

“That’s all hogwash, bogus nonsense”, says Dr. Leonard Horowitz.
“The fact of the matter is, we have seen this type of an epidemic since the end of 1998 and the beginning of 1999.

People have been hacking and coughing with this bizarre illness that does not seem to follow any logical viral or bacterial onset and transition period.

If it was a really bacterial or a viral infection, it would have caused a fever but it didn’t  It lasts for weeks, if not months. Sinus congestion, sinus drainage, cough, fatigue, general malaise.
People have been feeling “off”.

The Armed Forces Research Institute of Pathology has registered a patent for the pathogenic micoplasma that is causing the epidemic.
You can see the patent report in the book, Healing Codes for the Biblical Apocalypse.
Micoplasma is not really a fungus, it’s not really a bacteria, it’s not really a virus. It has no cell wall.
It goes deep into the cell nuclei thereby making it very difficult to mount an immune response against it.

It’s a man-made biological weapon.
The patent report explains how it causes chronic upper respiratory infections that are virtually identical to what’s going on right now.” 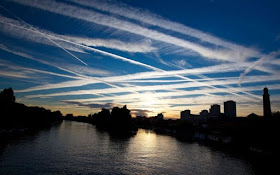 
Please share blogs and help spread information Crusaders!
TradCatKnight is the most viewed & followed traditional catholic page worldwide.
This is the HOME of the New Crusade keeping you up to date on the latest Endtime News stories worldwide as we head closer to the GREAT CHASTISEMENTS foretold by the Blessed Virgin Mary at Fatima.